The artist depicted Marshall Tito in a reflective state as a strategist and revolutionary deep in his own thought while strolling with his hands clasped behind his back. He is dressed in an army uniform and a long heavy coat draped across his shoulders, emphasizes the weight of the plastic mass. This monumental sculpture of Marshall Tito dominates over the entire complex of the central town’s square.

The life-size sculpture of Marshall Tito (Josip Broz Tito, 1892 – 1980, President of the former SFR Yugoslavia and President of the Yugoslav communist party), which was carved by the author in 1947, found its home in Kumrovec, Tito’s birth place. The sculpture was unveiled on 25 June 1977 in honour of the 40th anniversary of Tito’s election as the president of the Yugoslav CP, the 40th anniversary of the establishment of the CP of Slovenia and Tito’s 85th birthday. In 1974 the municipality of Velenje decided to erect a monument to Marshall Tito at the Titov trg. Its precise location was chosen by the author himself on his visit to Velenje in 1977. 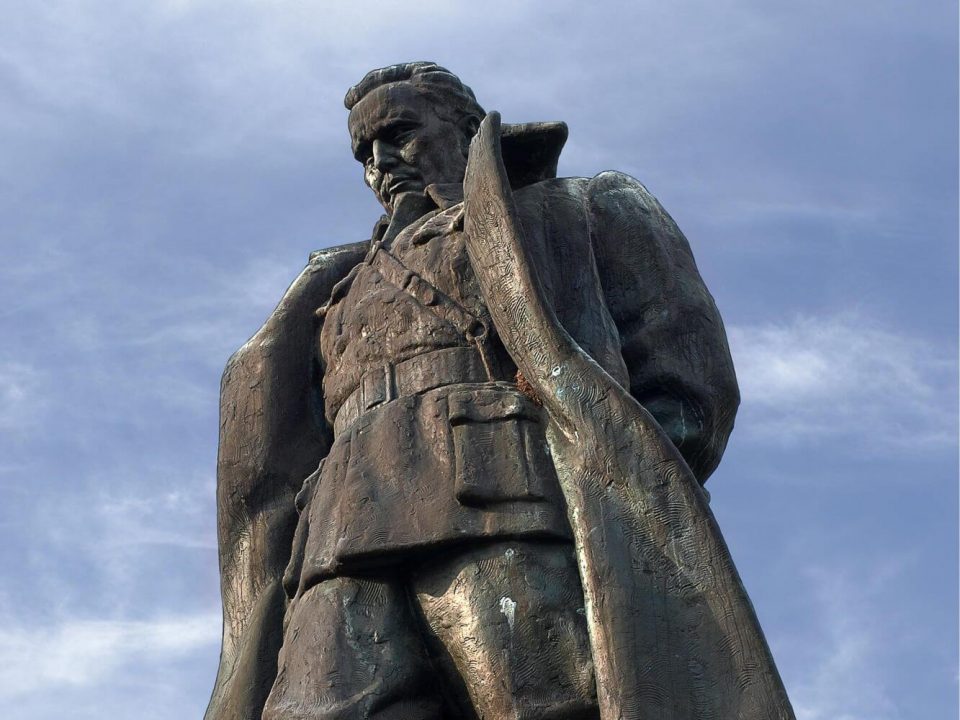 We use cookies to ensure that we give you the best experience on our website. If you continue to use this site we will assume that you are happy with it.Accept and continue